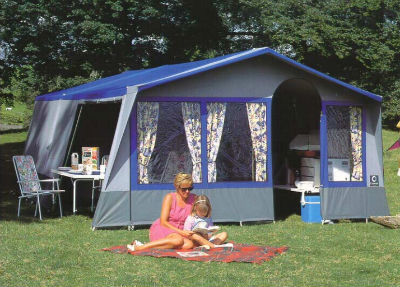 The Camberley is an example of a model that enjoyed a relatively brief life span, again, of just two years, running, as it did, from 1994 to 1995.

The Camberley was also known as the Camberley 350DL, on account of the depth of the awning area, and the fact that it was a 'deluxe' model, including, as it did, the Conway kitchen.

A peaked canopy model, the Camberley was available in just one colour scheme; royal blue and grey. The living area incorporated a wardrobe and toilet compartment, and optional extras included a refridgerator box, seat back rest and sun canopy. Further details of this model, including standard items and extras are contained within the brochures below.

Included below are the generic setup instructions and manual for this and other models. We have included both the 1994 and 1995 brochures, as these were the only ones containing this model. 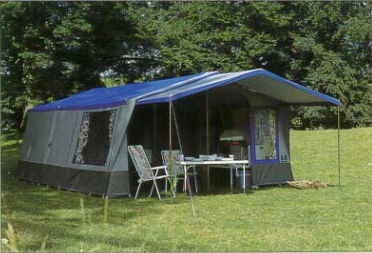 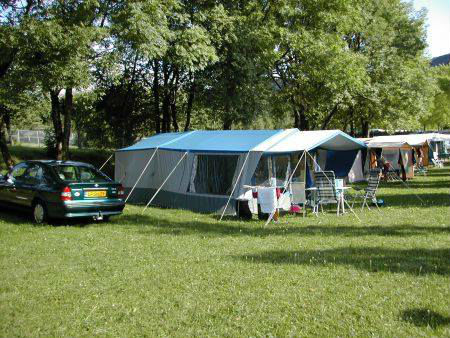 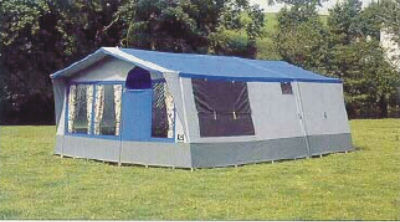 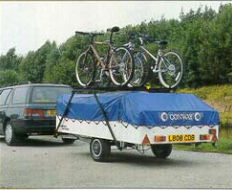