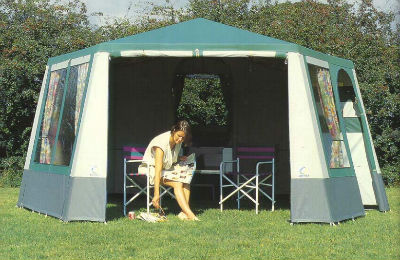 The Camborne was like many models in the Conway stable, in that it was only in production for two years (1995 and 1996). Where it was very different, from other models, was in it's exterior design. Rather than the traditional flat front of most Conway models, it incorporated a 3 sided front end, which the Conway sales brochures likened to sitting in your conservatory, at home.

The colour scheme of the Camborne remained the same for both years, being saule green and grey. The awning area is slightly larger than average, at 440cm, and is 400cm deep, at its deepest point. Standard features include a kitchen, lockers, with seat covers, removable covers on all cushions, and a toilet compartment.

Included below are the two Conway brochures that included the Camborne as well as setup instructions and a manual for this and other models. We have included both the first 1995 and 1996 brochures, as these were the only ones containing this model. 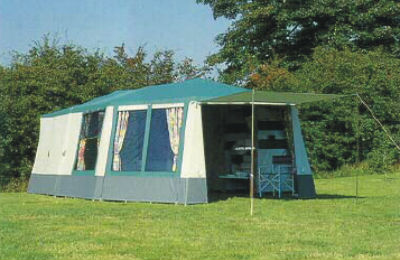 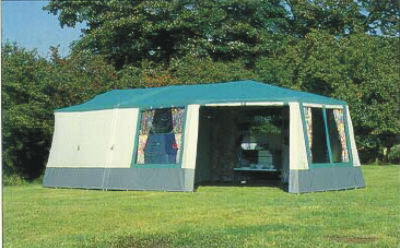 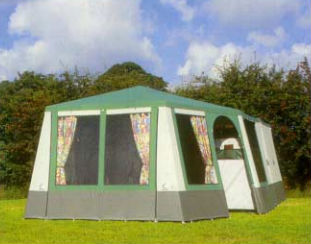 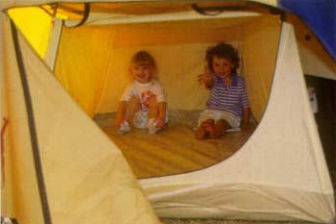 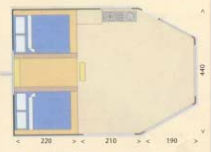