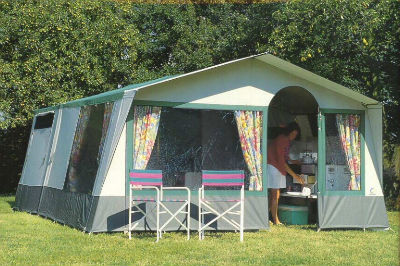 The Cambridge was a medium term Conway model, with a production life span of four years (1992 to 1995). In spite of this relatively short production run, there were a few changes in dimensions, weights and colour schemes during this period, not least of these being the splitting of the range into two sub models, the Cambridge 240 and the Cambridge 300.

As with many of it's peers, the Cambridge was available in two models; the L and the DL, the key difference being the inclusion of the kitchen in the latter. Both models were available, initially, in the lincoln green and grey with matching trim and curtains.

Both models featured a large central picture window, with a door either side, allowing either or both doors to be opened, or the whole front to be opened up. The main trailer section included seating, with under seat locker storage, whilst the awning included a wardrobe / toilet compartment. Options for this model included back rests for these seats, table, sun canopy, fridge and storage box. Surprisingly, when compared to modern models, 'extras' included brakes, spare wheel, jockey wheel and corner steadies. Unlike the smaller models, the Cambridge Awning could be unzipped, thereby allowing it to be used for brief over night stops, without the need to set the whole unit up.

The original 1992 Cambridge was a flat fronted model, with the slightly shorter 200cm trailer depth, plus 300cm x 420cm zip off awning, and was produced in the lincoln green and grey colour scheme. This remained unchanged for the 1993 models.

In 1994, the model was split into two sub models, the Cambridge 300 and the Cambridge 240. Both were still available as an L or DL version. The 300 was simply a re branding of the original Canbridge. The 240 was the same but with a 240cm deep awning, instead of 300cm. As a result of the reduced depth, there was no toilet / wardrobe compartment in the smaller model.

1995 was the last year of production of the Cambridge. They remained, inherently, the same, internally, but with a different canvas. Not only was this changed to saule green and grey, but it now featured a peak canopy front, as opposed to the flat front of the earlier models, and a single door, positioned between a large and small window, rather than two doors and one large central window. In 1996, the 240 was, effectively, replaced by the Cardale, whilst the 300's place in the range was filled by the Coniston. 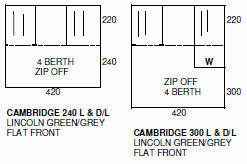 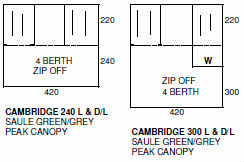 Go to the bottom of the page for additional video clips. 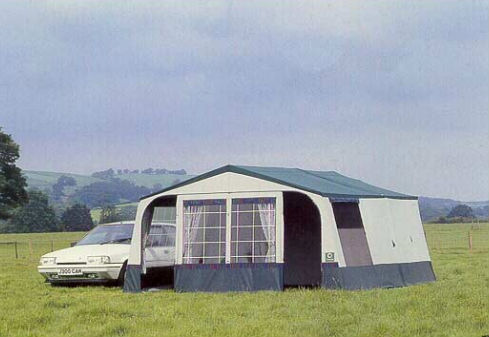 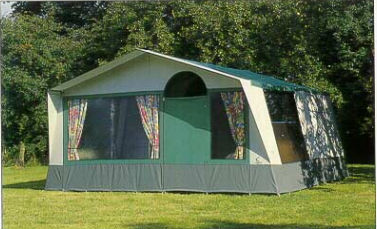 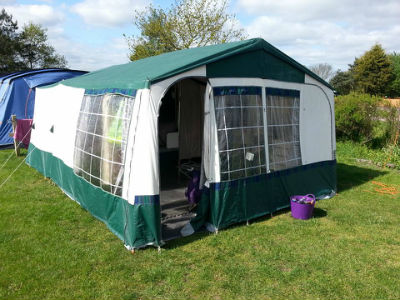 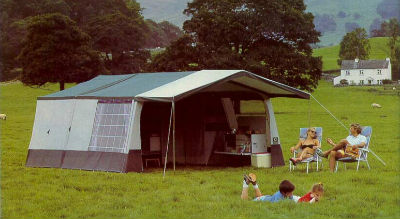 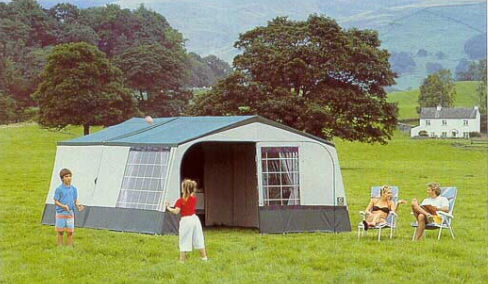 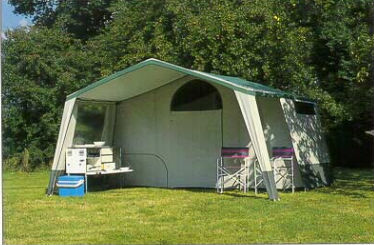 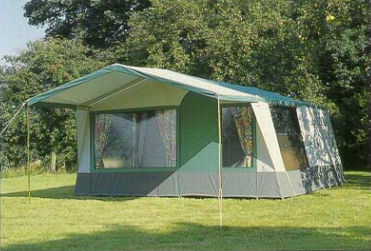 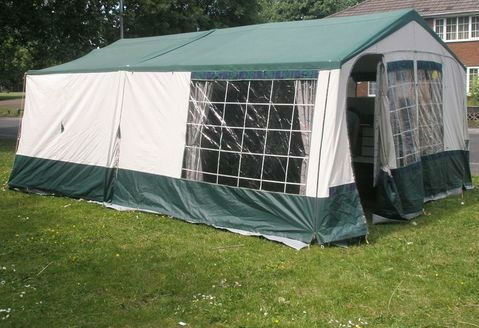 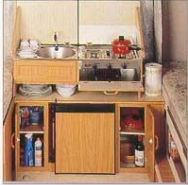 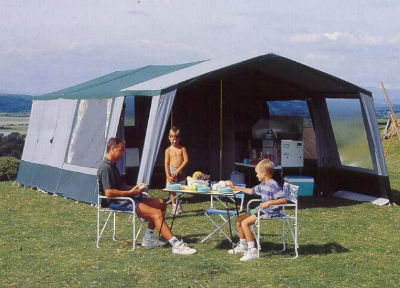