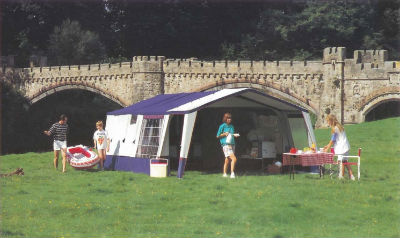 The Canterbury was introduced, in 1992, along with the Clipper, Ascot, and Cambridge. Unfortunately, whilst the Clipper and Cambridge enjoyed a somewhat longer life span, the Canterbury, like the Ascot, was in production for just two years, and ceased in 1993.

The Canterbury was a flat fronted trailer tent, with zip out front panels, and was produced in a distinctive royal blue and grey livery, with red, blue and gold piping. It was 420cm wide, and featured the standard 220cm long beds, as opposed to the shorter, 200cm ones of the Clipper. The main awning area was 420cm wide, by 220cm deep, but there was also a 100cm deep zip in extension panel, which increased the overall living area, and, also, housed curtained off wardrobe and toilet areas.

On release, the Canterbury was described as; "Conway's finest trailer tent to date" by the brochure of the day, and standard features included a kitchen unit, storage lockers, curtains and roof lining. Options included a zip on sun canopy, fridge storage box, seat back rests, table, brakes and corner steadies.

Like a number of other models, from around this period, it offered very flexible accomodation, the extension section, main awning and sun canopy were all interchangeable, depending on whether the Canterbury was being used for a weekend break, or full family holiday.

Included in the paperwork sections below are the two Conway brochures that included the Canterbury as well as generic setup instructions and manual for this and other models. We have included both the first 1992 and 1993 brochures, as these were the only ones containing this model. 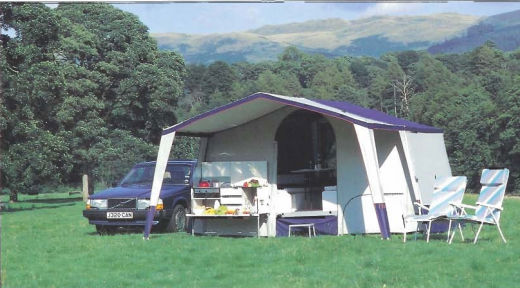 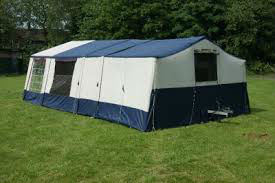 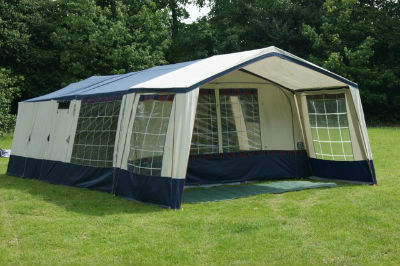 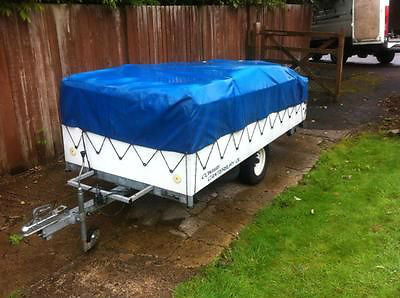 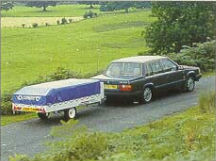 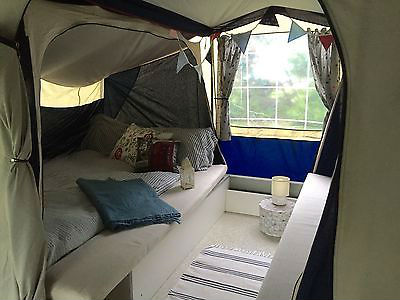 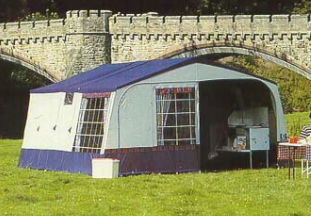 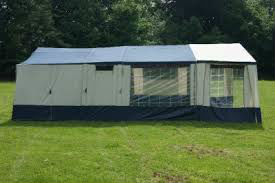 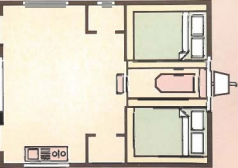