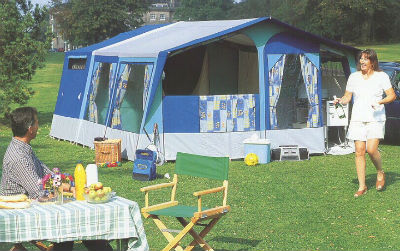 The Century was first produced, perhaps not surprisingly, to mark the start of the current century, in 2000, and was to continue for two years, until 2001. Throughout this two year production run, it remained the same, both in terms of colour scheme and dimensions.
A peak canopied model, the Century was available in a royal blue and grey two tone colour scheme. At the time, there were six models in the Conway range; the transverse bed model, the Voyager, and five traditional trailer tents. Of the traditional models, the Century was the second largest, with a spacious 420cm x 350cm awning, which included both a wardrobe and separate toilet compartment, with adjacent, recessed, kitchen area.
The Century offered a high degree of flexibility, at the time, with a large awning, separate sun canopy, and a number of different wall configurations. Each panel could be dropped down onto a 'veranda bar'  or removed completely.
Details of equipment levels, options and extras can be found in the brochures below. We have included both brochures, from 2000 and 2001 respectively.

Also included  are the setup instructions for the Century and generic manual for various models. 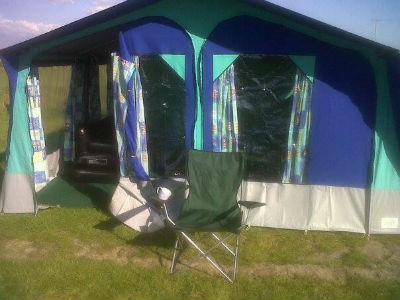 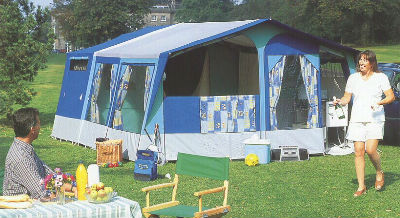 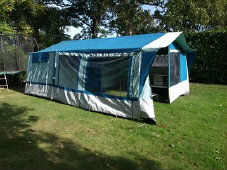 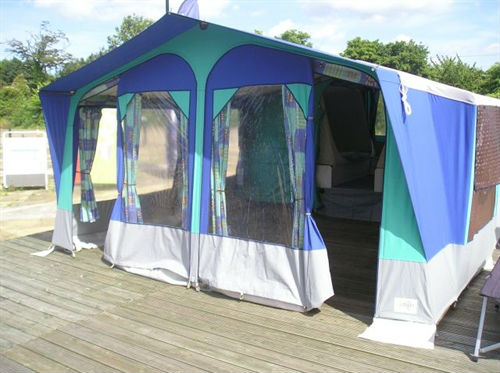 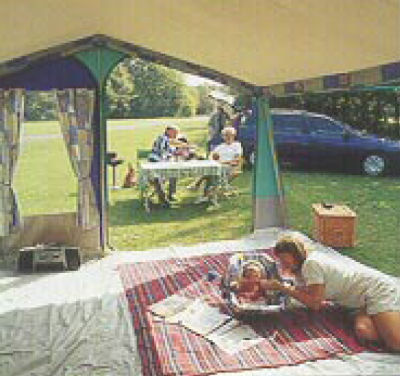 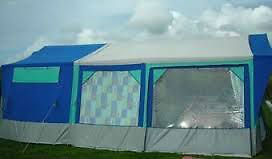 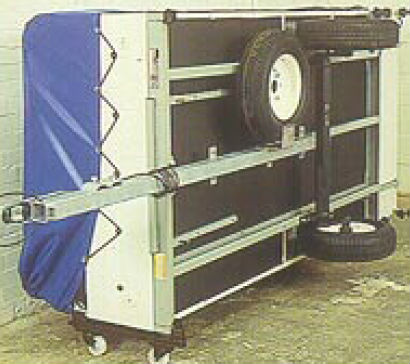 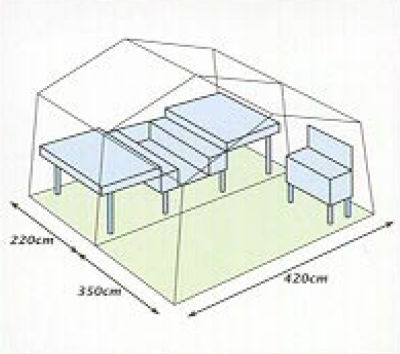 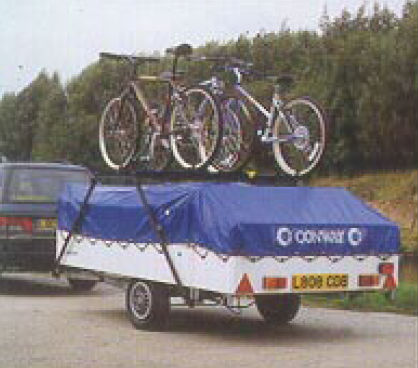 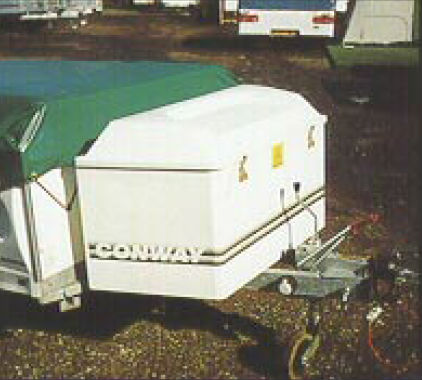