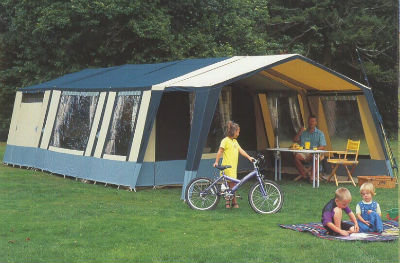 The original Classic was first produced in 1999, and was to continue for two years, until it was re branded as the Conway Classic Trio, in 2001. In that same year, the petrol blue and grey colour scheme of the Classic was replaced by the 'algue green' and beige of the Classic Trio, which, itself, continued until 2003, when it was replaced, one last time, by the royal blue and 'seigle' colour scheme following the takeover of all production by Cabanon, of France. This continued for a further three years, until the model ceased production in 2005.
The Classic Trio was another model offering a high degree of flexibility, with its full awning, separate sun canopy, and variety of front wall configurations. Option 1 was both front panels at the front of the unit, to give maximum internal living area. Option 2 was with half of the front wall set back (with optional dividing wall zipped in) to give a half recessed porch and the third, and final, option was to move both front panels back, to give a large front porch area. Whatever option was chosen, the optional sun canopy could be used to increase the overall living area, even when added to the trailer unit, alone.
The Classic Trio also featured, as standard, a ventilated toilet / wardrobe compartment, in the main awning, and a recessed kitchen area, to accommodate the Conway deluxe kitchen
Details of equipment levels, options and extras can be found in the brochures below. We have included all the Conway brochures, from 2001, through to 2003. Beyond that, production was at Cabanon, in France, and brochures were not produced to the same extent.
Included below are the setup instructions for the pre 2003 Classic Trio and generic manual for various models. 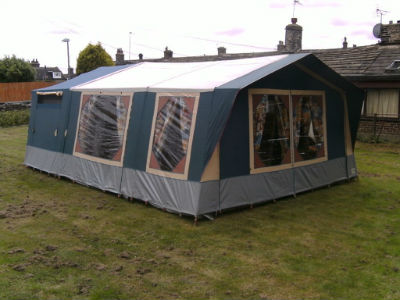 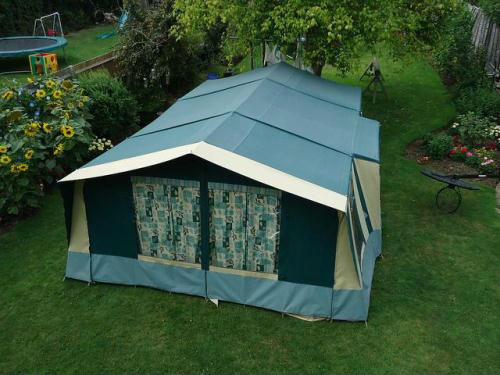 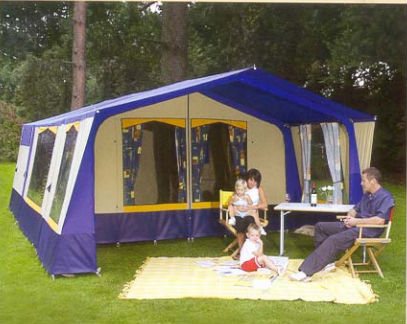 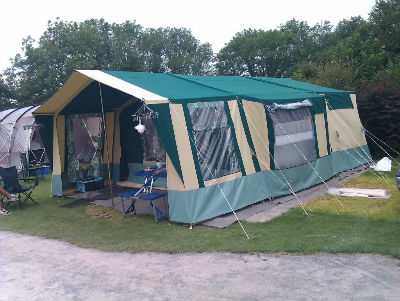 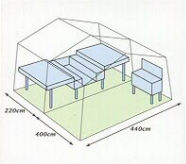 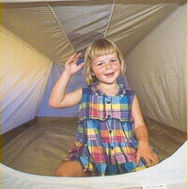 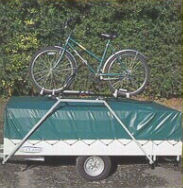 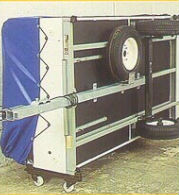 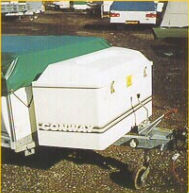 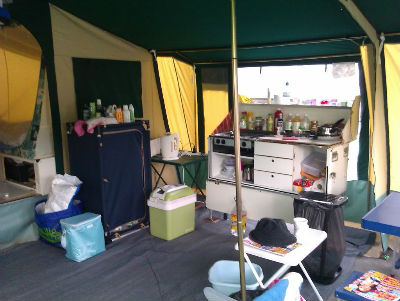 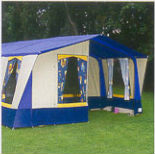 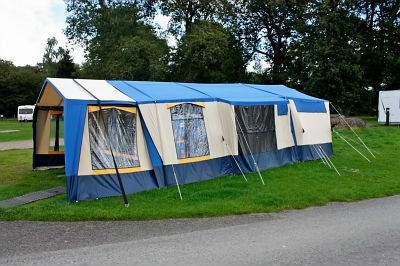