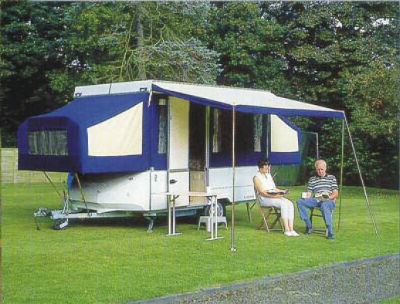 The Conway Clubman is often confused with earlier model the Conway Cardinal Clubman, as both are hard top models, and not entirely dissimilar from the outside. The older model, however, was, effectively, the upgraded version of the Conway Tardis, and ran from 1988 through to 1998. The Cardinal / Cardinal Clubman were replaced by the Clubman, but it was a very much upgraded model from its predecessor. The Clubman was the flagship model in the Conway range, and was, to all intents and purposes a hard top version of the Conway Crusader.

The Cardinal Clubman had been the luxury version of the model, and the Clubman continued this feeling of luxury, with a colour coded enamel sink and three burner hob. It also came with the option of a matching oven, as well as hot water and Truma blown air heating.
The Clubman was a six berth model with two fixed double beds, and a third made up from the dinette seats / table. It also featured a well equiped kitchen, with three burner hob and grill, three way fridge and optional full oven. There was also a toilet compartment with toilet and wash basin, with wardrobe opposite.
Like all hard top models, the awning was only as wide as the hard top roof, and did not extend across the bed sections of the camper, making it somewhat smaller than that of canvas topped models.
When it was introduced, in late 1998, the Clubman came in a violine blue and beige colour scheme, which lasted until 1999, and was, then, changed to ague green and beige, which continued until the model ceased production, in 2003.
Details of equipment levels, options and extras can be found in the brochures below. At the bottom of the page are the setup instructions for the Conway Cardinal, which, at present, is the closest model available. 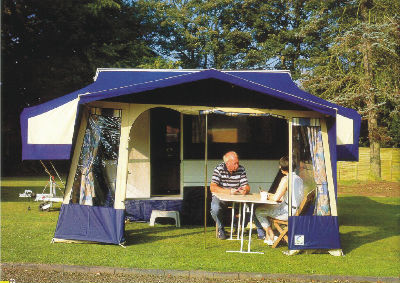 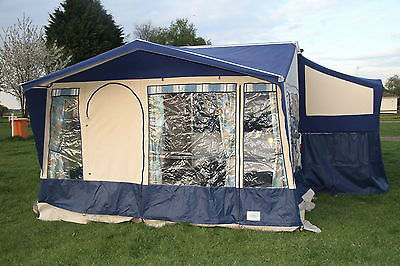 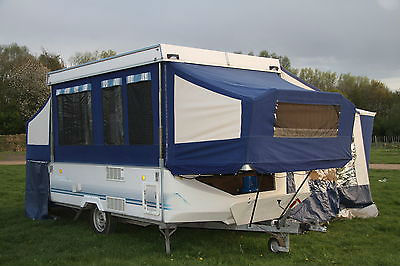 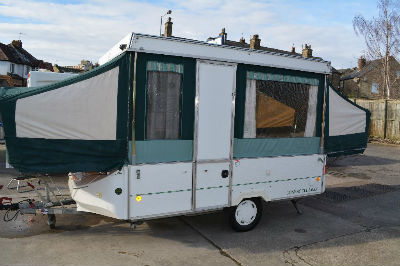 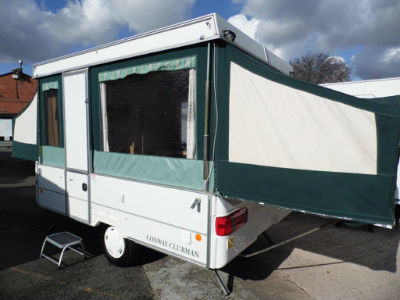 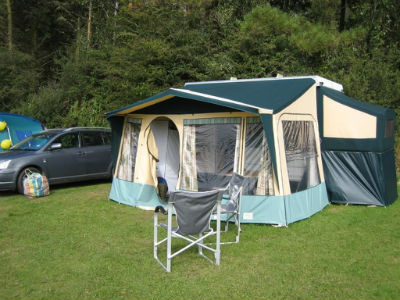 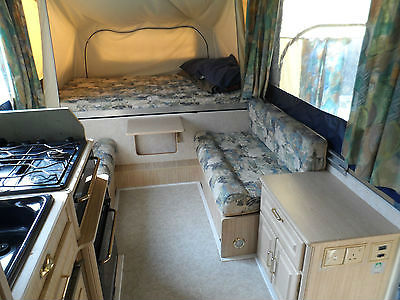 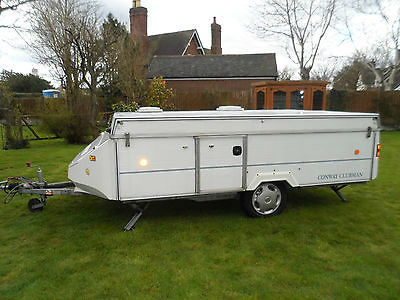 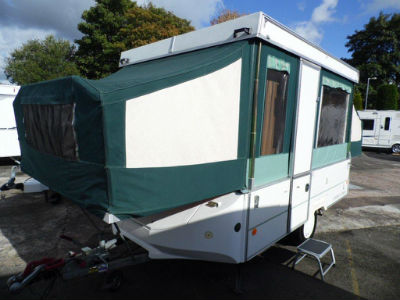