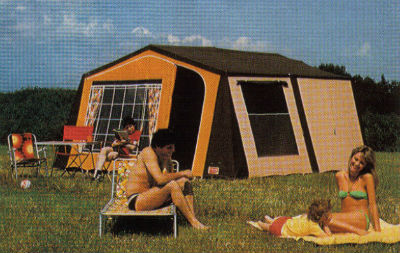 The Colt was another one of those Conway trailer tent models with a relatively brief life cycle, running from 1981 to 1984.

It was always marketed as a budget, entry level model in the range, with a straightforward 2 metre x 4 metre awning (although a sun canopy was available as an optional extra).

The 1981 version of the Colt was a simple, flat fronted design, in brown, orange and beige being a budget model, it did not come with a kitchen unit at all.

In 1982, whilst the design and specifications remained exactly the same, the canvas colour was changed to brick and beige. This colour scheme remained until the cessation of production in 1984, although, in 1983, the model was changed, slightly, to incorporate a peak canopy at the front. At the same time, the Colt Deluxe was also introduced, to give a slightly upmarket feel to the marque, and including side cupboards and the Conway kitchen. 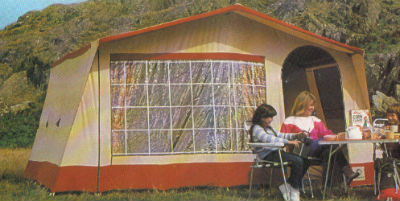 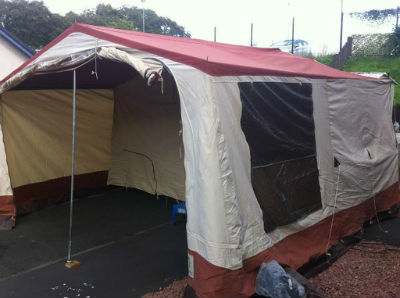 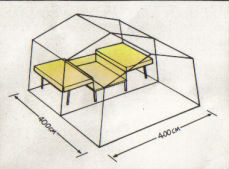 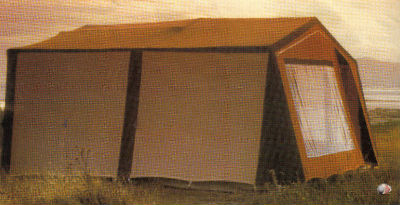 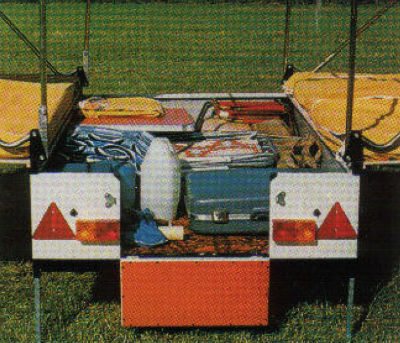 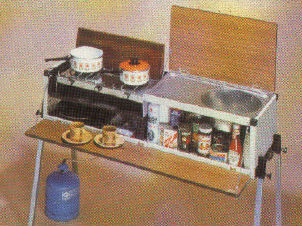 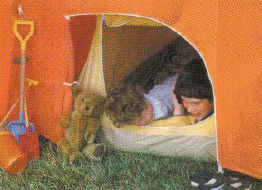