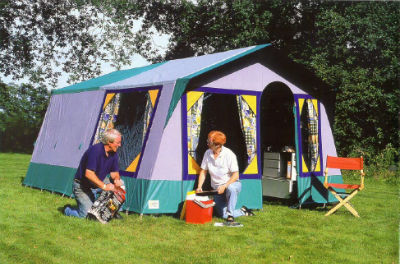 The Continental was first produced in 1999, and was to continue for three years, until it ceased production at the end of 2001. Throughout this production run, it remained the same, both in terms of colour scheme and dimensions.

A peak canopied model, the Continental was available in a 'euro' green and grey two tone colour scheme. At the time, there were five models in the Conway range; the transverse bed model, the Voyager, and four traditional trailer tents. Of the traditional models, the Continental was the smallest, and featured a permanently attached awning canvas. Whilst this did improve setup times, it also made the model sightly less practical to use as a trailer only set up, for one night stopovers.

The Continental was available in two main versions; the L, and DL. As with most Conway models, the main distinction between the two was the addition of the kitchen unit in the DL model. The awning, itself, was 245cm deep by 390cm wide, although both versions came with a sun canopy option, to increase the living accommodation, if required. In the Dimensions section above, the upper figure (where applicable) is for the L model, and the lower figure is the DL.

Details of equipment levels, options and extras can be found in the brochures below. We have included all three brochures, from 1999, 2000 and 2001 respectively.

Also included are the setup instructions for the Continental and generic manual for various models.

The Conway Continental name was resurrected, in 2007, by the Pennine group, for their entry level six berth folding camper, and it ran for a further two years, until 2009. The later model bore no resemblance to the traditional trailer tent model covered here. 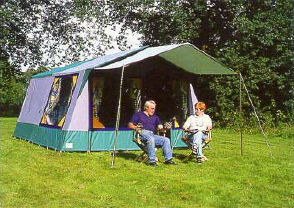 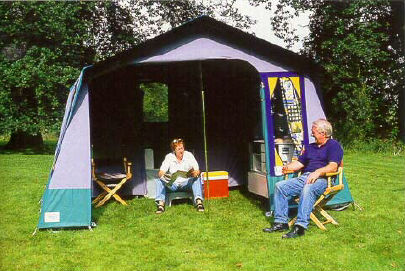 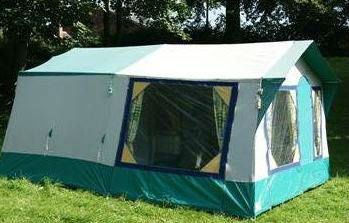 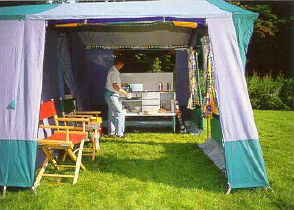