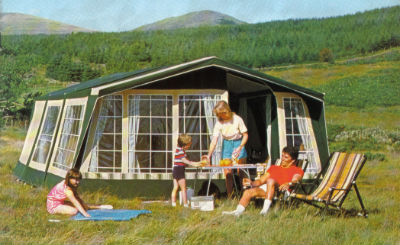 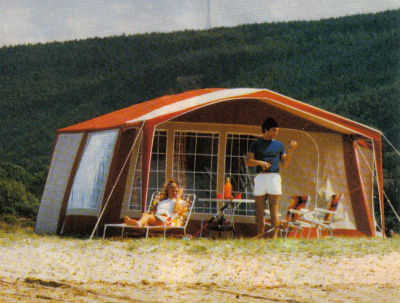 The Corniche came in three main guises. From 1980, through to 1984, the original Conway Corniche was produced as one complete unit, including integral kitchen. Production of the Corniche ceased in 1984, but it was resurrected, again, in 1987, and ran for a further three years, until 1989. The later version of the marque was divided into two sub models; the L, and the DL. In the Dimensions etc, above, where applicable, these have been divided into 3 lines. The top figure is the original Conway Corniche, the middle figure is the later Corniche L, and the bottom figure is the DL. Where there are only two figures, the lower figure is applicable to both the L and DL versions.

*- plus a further 14cm for the braked version.

**- plus a further 16kg for the braked version.

From its initial introduction, the Corniche has always been considered to be a top of the range model. The original Corniche came out with a rust and beige canopy. It was slightly larger than the later model, at 580cm in depth, and 450cm in width. Like the new Campa, which came out in the same year, the Corniche featured a zip on extension canopy. This could be used both to extend the main living area, or, simply, to be used on its own, in order to add an extra covered area, when using the trailer part, only, for shorter stopovers. The Corniche came, as standard, with fully fitted kitchen, and the living area could be partitioned off to form a kitchen area and wardrobe. The bench style heating included lockers underneath. Brakes, at this time, were an optional extra, as were under bed tents, seat back rests and storage brackets.

Just two years later, in 1982, the Corniche had changed noticeably. It was now produced in green and beige with zip out front panels and peak canopy. It was still 450cm wide, but the sun canopy had increased to 140cm, and the main awning area had reduced to 200cm, meaning that, when fully set up, the living area was 40cm shorter than the previous model. This model continued, unchanged, until 1984, when production was, temporarily, suspended.

In 1987, the name was resurrected, although the model was significantly different from its predecessors. Apart from the colour change to red and grey, the peak canopy was gone, as was the zip in extension. The awning area was reduced to a depth of 300cm, and the width reduced to 400cm. The 1988 and 1989 models were almost identical, but the overall width was increased, by 20cm, to 420cm. The model ceased production, for the last time, in 1989.

Below you will find brochures covering the three key stages of the Corniche's development. At the bottom of the page, we have included a selection of setup instructions for this popular Conway trailer tent. 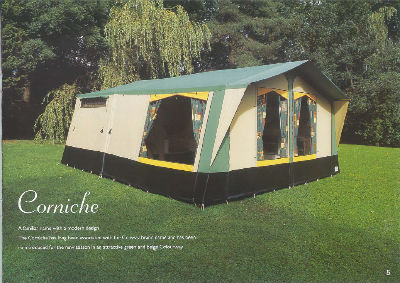 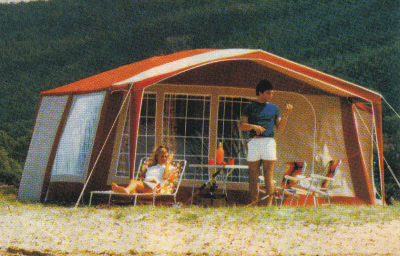 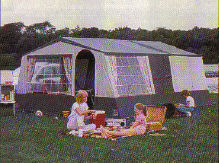 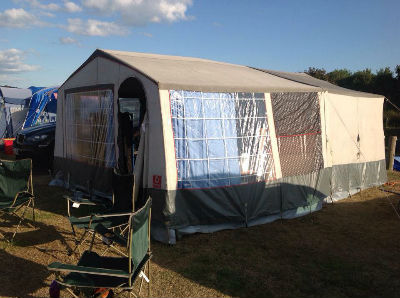 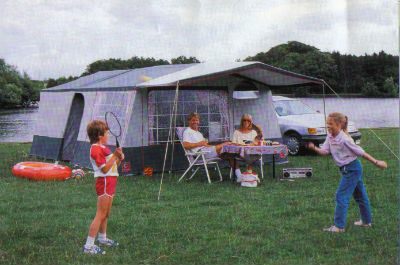 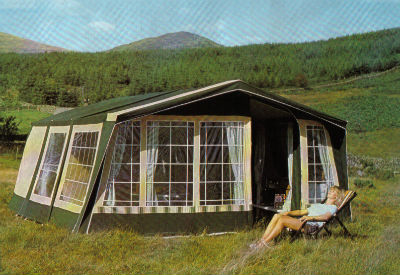 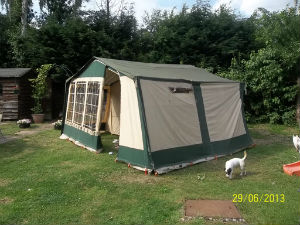 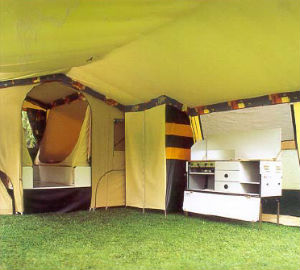 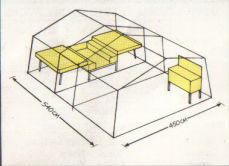 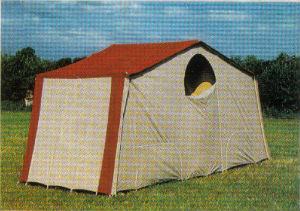 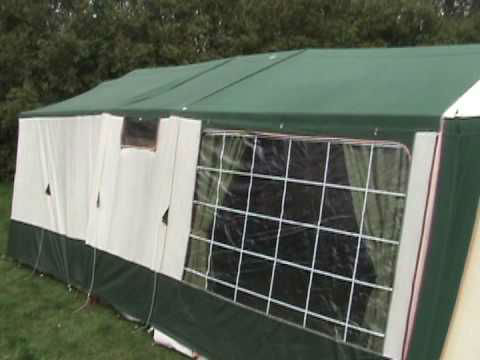 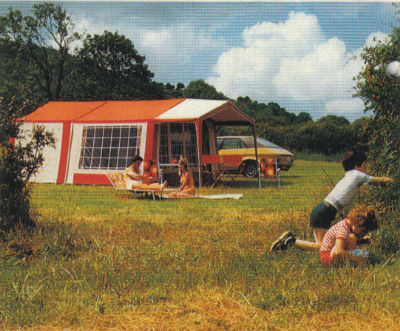 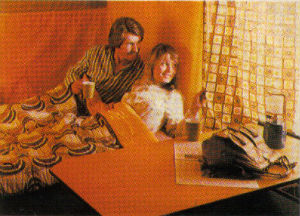