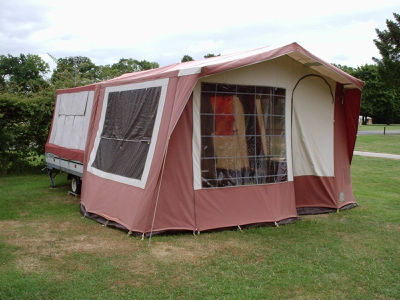 The Gazelle had one of the shortest lifespans of any of the Conway models. It was, also, their only foray into the world of the foldover 'Combi-Camp style' trailer tent. These two facts appear to be related, as Combi-Camp are reported to have commenced legal action against Conway, due to the Gazelle's uncanny resemblence to the Combi-Camp models of the time. As a result, the Gazelle was quickly removed from the range, and, consequently, is a rare and much sought after model.

The Gazelle was only produced in 1985, in the distinctive russet and beige colour scheme (which, unfortunately, was also similar to the Combi-Camps of the time). Due to it's closeness in design to the Combi's, it could be set up in under a minute, plus awning. It came with the options of a sun canopy or full awning.

Included below is the only brochure the Conway ever produced for the Gazelle, as well as the setup instructions for the model. Full details of the model can be seen in the former.

Conway Brochures that include the Gazelle:  1985 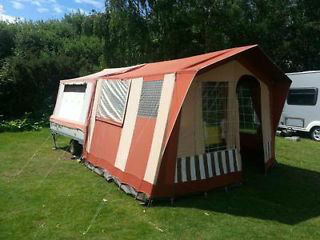 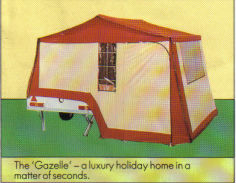 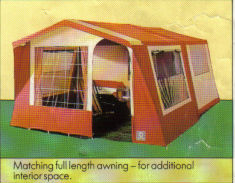 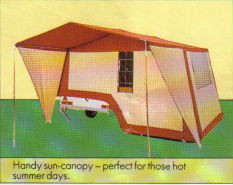