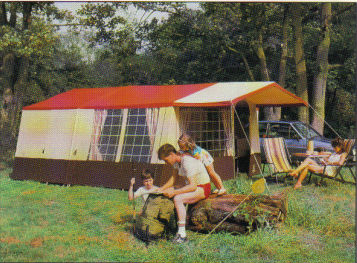 The Carlton had an extremely short lifespan, and was only, actually, produced for a couple of years.
It was, originally, launched as the 'Carlton Special', at the beginning of 1985, but soon reverted to, simply, the Carlton, by the start of the second year. As with many of the other models of its generation, the later Carlton was split into three sub models; the L, the XL, and the De-luxe. The L was the most basic format, and included, as standard, the in trailer lockers. The XL also featured the lockers, but, as standard, it also included the standard Conway kitchen of the era. This kitchen was transported inside the trailer, and, hence, the model was no longer than the L. The De-Luxe featured both the lockers, and the higher spec Conway kitchen, which was transported on the outside rear of the trailer, which explains the additional 42cm length of the DL model. Of course, the additonal kitchens also had an impact on the unladen weight of the trailer, although all three models had a gross laden weight of 400kg.
With such a short production period, there wasn't much time for too many changes, although there were one or two, between 1985 and 1986. The first of these, as already mentioned, was the change of name. The other is that the earlier Carlton Special featured a small peaked canopy, at the front of the awning. On the later models, this had extended to a full 150cm sun canopy, but was still integral to the main awning canvas.
All versions of the model featured the distinctive brick, beige and brown canvas colour scheme. 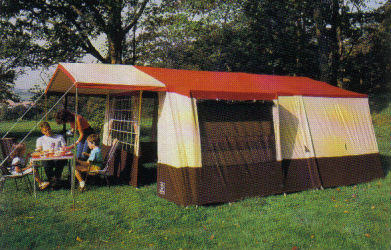 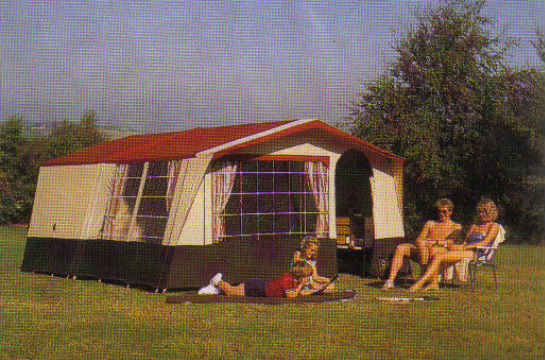 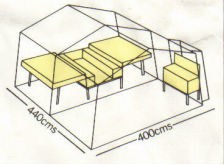 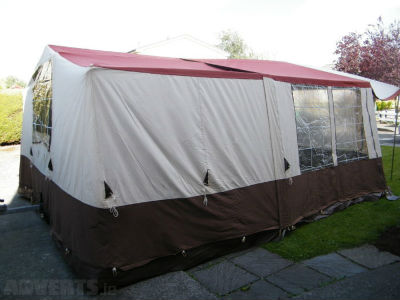 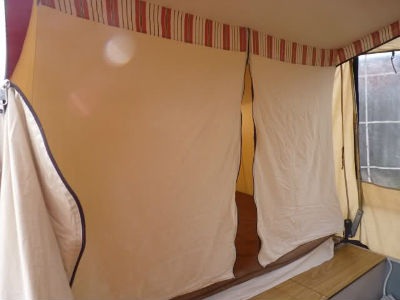