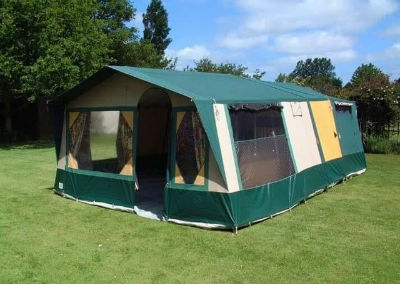 The Mirage first made an appearance in 1998, and was to continue for four years, until it ceased production at the end of 2001. Four years was, actually, quite a long production run for the Conways of the period, however, in spite of this, it did not change in terms of either colour scheme or dimensions.

A peak canopied model, the Mirage was available in a bottle green and beige two tone colour scheme. One of three traditional models, at the time, it bridged the gap between the smaller Conway Clipper (which ceased production in 1998) and the larger Conway Olympia. As a model, it offered a huge flexibility of accomodation, with a good sized awning, zip in one metre extension and optional sun canopy, with the additional option of a side wall, for extra protection from the elements.

The Mirage was a reasonably well spec'd model. The trailer included a couple of good size storage lockers, with cushions over, effectively converting the beds to king size. The standard awning had a kitchen area and a vented compartment, which could be used as either a toilet or wardrobe. Adding the zip in 1 metre extension added not only additional living space, but, also, and additional compartment. The optional sun canopy could be zipped onto the main trailer, for short stop overs, or tied on to the awning to increase the accommodation for longer breaks. Adding the extra side wall gave the feeling of extra interior space to make it a particularly impressively sized unit.

As a medium range model, the Mirage also came with the full Conway kitchen unit.

Details of equipment levels, options and extras can be found in the brochures in the section below. We have included all four brochures, from 1998, 1999, 2000 and 2001 respectively.

Also included in the paperwork section below are the generic setup instructions and manual for various models. 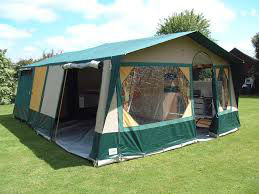 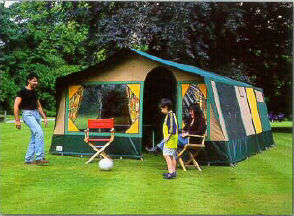 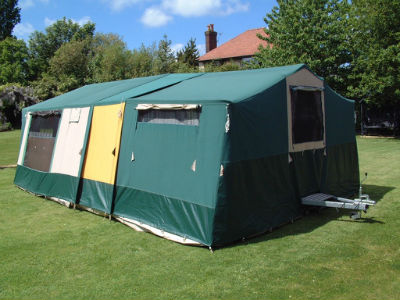 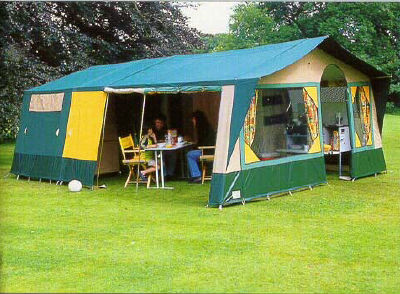 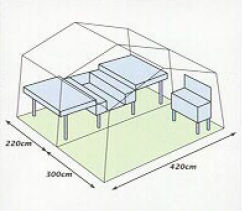 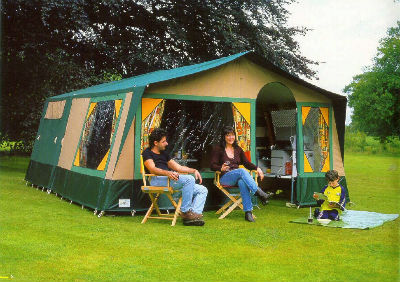 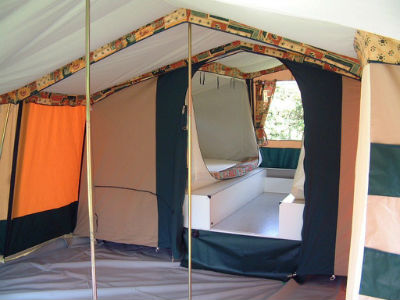 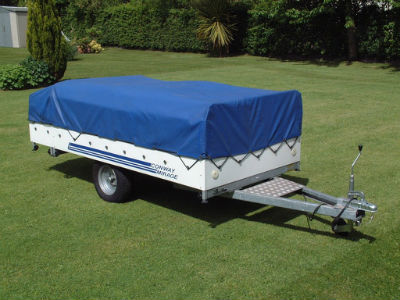 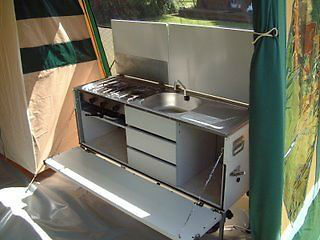 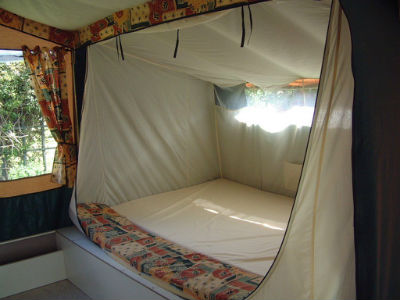