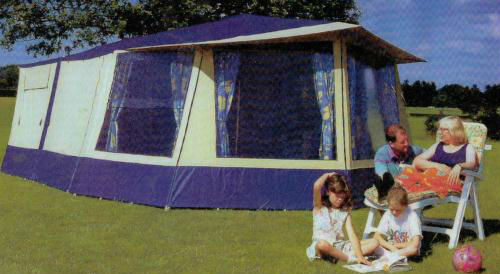 On its introduction, in 1997, the Olympia was described as the flag ship model of the Conway range.

With an awning that was 4.4 metres wide, and up to 4.2 metres in depth, it could comfortably accomodate the 8 people it could sleep, utilising the two optional under bed pods. As a flag ship model, it came with all the extras you would expect, such as roof linings, kitchen, with dedicated kitchen area, toilet / wardrobe compartment etc.

The model was a peak fronted design, and was available in what was described as 'violin blue' and beige. It was similar to the earlier Camborne model, in that it was not a flat fronted design. Unlike the triple front aspect of the Camborne, however, the Olympia had four front panels, tapering to a point. There were no other models in the Conway range, with a similar design.

Like the vast majority of the Conway models, the lifespan of the Olympia was relatively brief, with just a two year production run, from 1997 to 1998. consequently, there were no changes in the design or colour scheme of the model.

Details of equipment levels, options and extras can be found in the brochures in the section below.

Also included in the paperwork section above are the generic setup instructions and manual for this and other models. 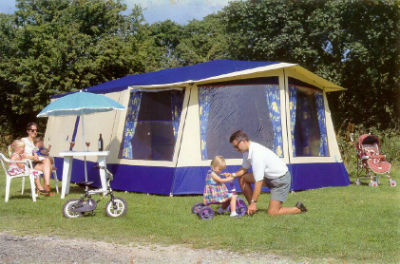 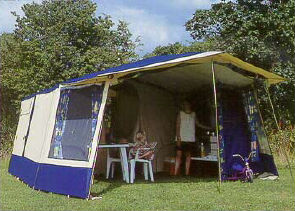 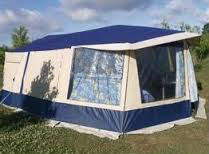 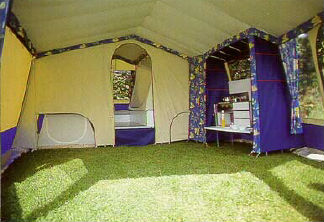 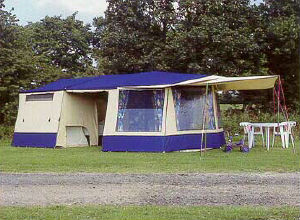 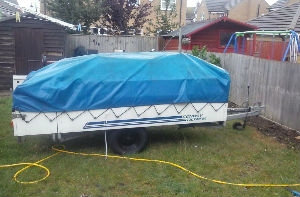 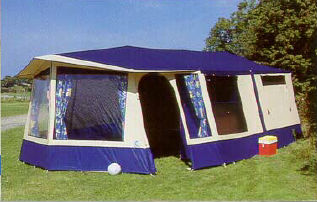 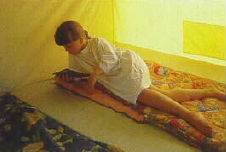 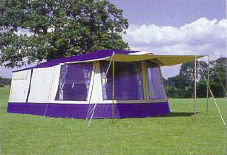 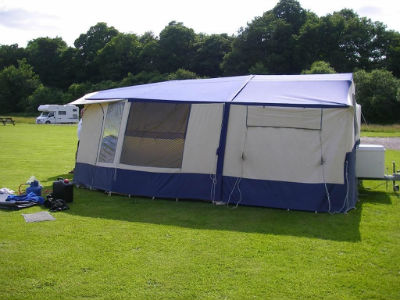 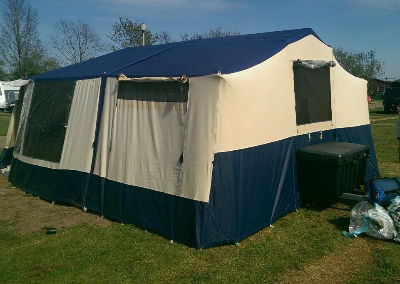