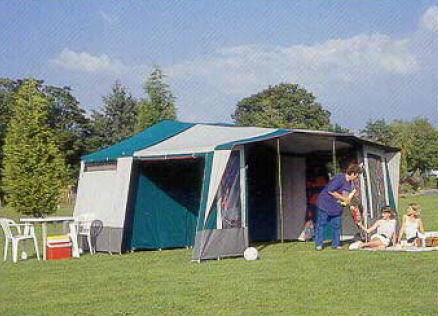 The Phoenix was an unusual model in the Conway range, as it featured a transverse bed layout, with occupants lying with feet pointing to the trailer aisle, rather than length ways, the idea being that there was no need for one bed occupant to climb over the other, in order to get into or out of bed.

Because of this layout, the Phoenix featured a modified cabin pole arrangement, allowing for a quicker set up and increased head room. The awning area is 250cm deep x 500cm wide, making it feel quite wide and spacious, but the trailer, when folded, is unsually small, and very light weight, at 200kg, unladen.

The awning features a toilet / wardrobe compartment, and a separate kitchen area, but the Phoenix did not come with its own kitchen unit. In its standard configuration, the Phoenix is a four berth, however, this can be doubled to 8 berths, using the optional under bed pods.

Incredibly, the Phoenix was only produced for one year (1997) which does raise the question; how could Conway afford to keep developing these models, and then only produce them for one year. It may well have been a factor in their eventual down fall, and subsequent sale to competitors; Pennine.

In 1998, the Phoenix was replaced by the Conway Voyager, which, also, featured a transverse bed arrangement, however, in the Voyager, the central aisle was replaced by a wardrobe area, and the beds opened out, directly, into the awning area.

Included in the paperwork section below are the generic setup instructions and manual for this and other models, although, of course, the Phoenix does vary, somewhat from the standard Conway design.

Conway Brochures that include the Phoenix:   1997 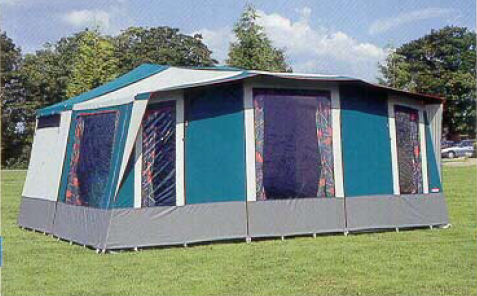 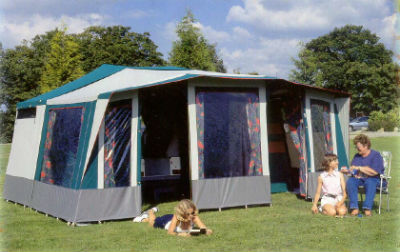 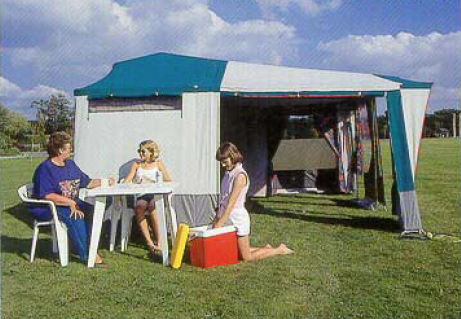 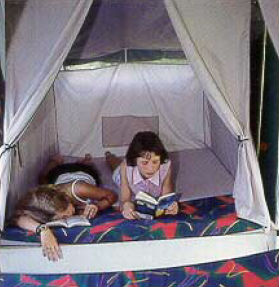 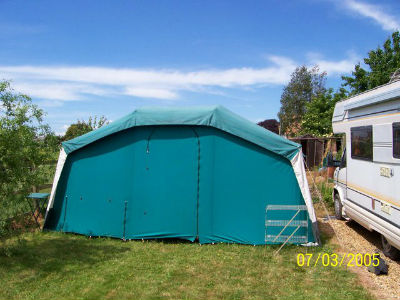 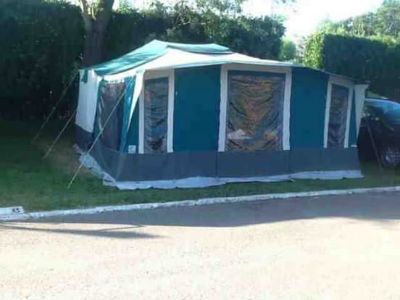 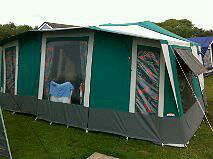