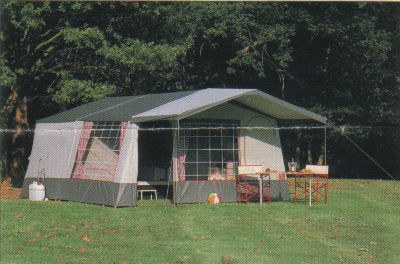 The Rio was introduced in 1991, along with the Calypso and Havana models. This year was significant, as it was the year that the Conway range of trailers were increased from 200cm to 220cm.
Unfortunately, by 1992, both the Havanna and the Rio had been removed from the range, along with the very slightly older model, the Royale. As such, there were no changes in dimensions, equipment levels or livery for the marque, during the course of its life.
On release, the Rio was the second largest of the range of four. The Calypso was a small two berth, whilst the Havanna and Royale were of a similar layout to the Rio, but larger (with the Royale also including a zip on extension piece to the awning).
The Rio was produced in two models; the Rio L and the Rio Deluxe. The main difference was the incorporation of the top level Conway kitchen, in the DL model (and, hence, its increased length and weight). Both models were produced in the two tone grey colour scheme, with red trim and matching curtains.
The Rio, effectively, replaced the Euro Challenger, which had ceased production in 1990. Visually, they were remarkably similar, with the main physical difference being that the Euro Challenger was 10cm shorter in the trailer, 20cm longer in the awning, and also came with an optional zip off annex.
As standard, the Rio included inner tents, storage lockers and carpeting. Optional extras included; sun canopy, roof liner, fridge, storage box, under bed tent, side storage brackets, seat cushions and back rest, brakes and a carrying rack.
Included in the paperwork sections below is the only Conway brochure that included the Rio, from 1991, as well as the generic manual and setup instructions for this model.

Conway Brochures that include the Rio:  1991 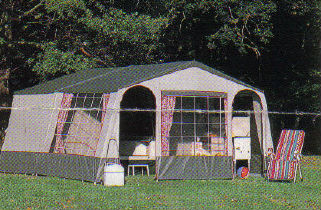 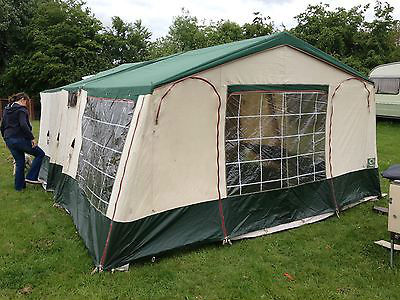