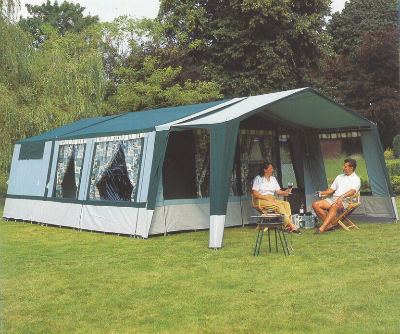 The Vision was first produced in 2002 (the last year of the original Conway company) and was to continue for two years, until 2003, when new owners, Pennine, ceased all production of trailer tent models. Throughout this two year production run, it remained the same, both in terms of colour scheme and dimensions. However in 2004 Cabanon produced for a single year (that we know of) a Conway Vision in blue - a walkthrough of this is below.
A peak canopied model, the Vision was available in a dark green and mint green two tone colour scheme.
The Vision featured both a ventilated toilet compartment, and a wardrobe compartment, in the main awning, and a recessed kitchen area, to accommodate the deluxe Conway kitchen
Details of equipment levels, options and extras can be found in the brochures in the Paperwork sections below. We have included both brochures, from 2002 and 2003 respectively.
Also included in the paperwork section above are the setup instructions for the Vision and generic manual for various models.
Lower down the screen is a brief, 3 minute, owner produced, walk through video of a 2004 Conway Vision, which gives a reasonable idea of how they look.

Conway Vision produced in blue by Cabanon in 2004 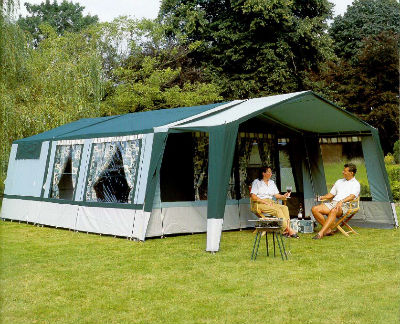 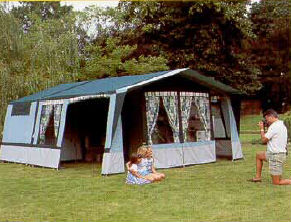 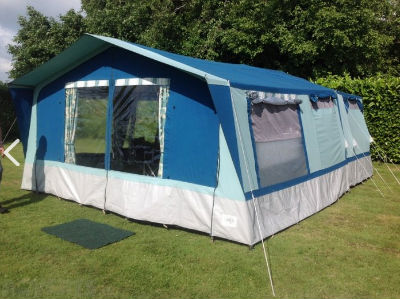 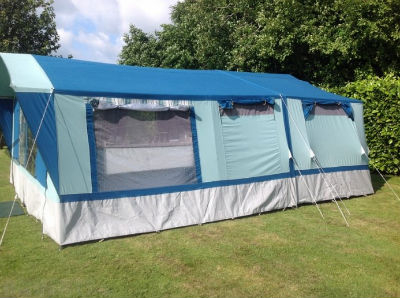 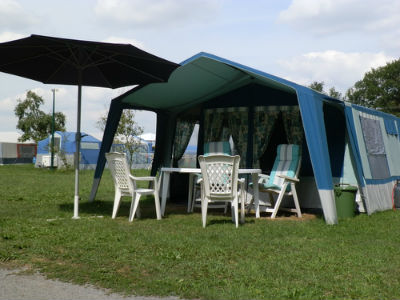 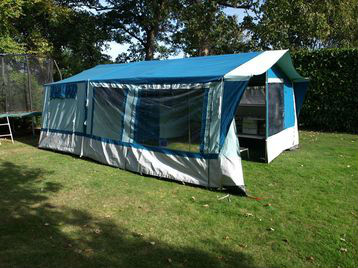 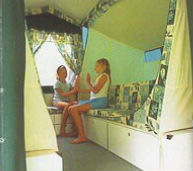 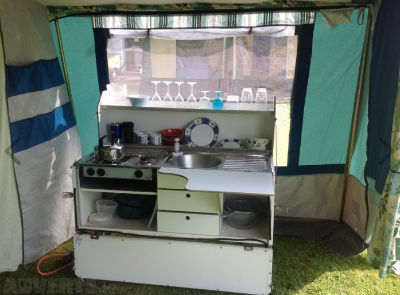 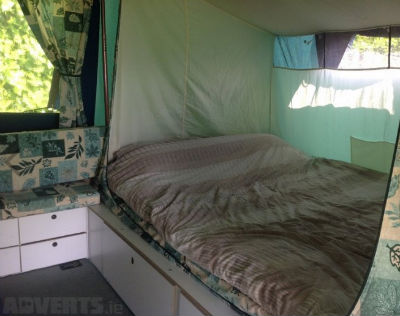 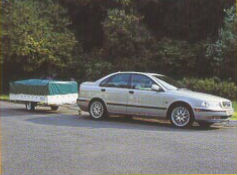 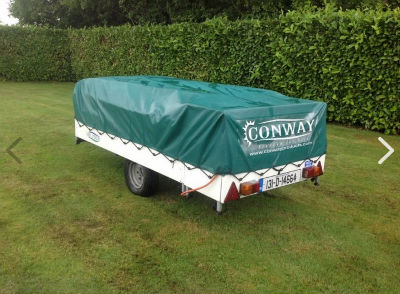 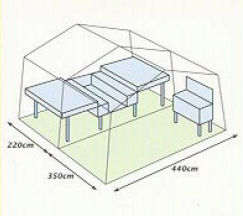